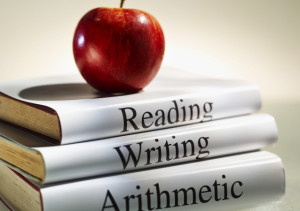 “The world has changed somewhat since the 1800’s…“, may seem a rather obvious statement to most people but alas not so for our education policy makers.

Education Policy both Nationally and Internationally, has primarily been based around Mathematics and Physical Science ever since the days of The Industrial Revolution.

Since time immortal, education has always been a way to better oneself (whether that means to be able to get a good job or to be able to move in ‘higher’ social circles) and that premise still continues today. However, as the world has changed so to must the associated ”education’ if it is to remain integral to self betterment.

Looking beyond Literacy and Numeracy, is only the beginning.

Prior to the 1800’s, education was predominantly ‘class’ based and the preserve of the wealthy and clergy, with subjects focused largely on the humanities. While the ‘education’ they received was not exactly useful in any true sense, it did broaden their minds and make them more ‘learned’, both of which afforded the person a better way of life.

Come The Industrial Revolution, the humanities were almost immediately replaced by ‘useful’ subjects, subjects which had a direct bearing on machines, production, automation and anything else associated with Industry – a la Mathematics and Science.

With societies insatiable appetite for ‘goods’, industries boomed and education was opened to the masses in an attempt to get more skilled workers. Education was almost exclusively based around the core subjects of Mathematics and Physical Science as these were the ‘most useful’ to society.

… and nothing much [education wise] has changed since!

But the world has. The days of the Industrial Revolution have long passed, and many other ‘revolutions’ have come and gone and others [dot com] are here to stay. Peoples desires to better themselves still abound and getting an education is still one of the best ways to achieve that betterment… it’s just what that education should be that is under question.

We need to teach our kids to ‘dream’ and to think of the ‘impossible’ and Maths & Science are not going to do this I’m afraid!

We need to change the fundamentals of education!

But how is all this relevant to Literacy and Numeracy you may ask?

Literacy and numeracy have underpinned our ability to educate for the last 5 hundred years or so. Ones ability to read and write were the bedrock to any education as the medium of that education was the written word. If you wanted to impart knowledge, you had to write it down for others and if you wanted to gain knowledge you had to be able to read it from books.

The stumbling block here is the ‘written word’.

Nowadays we have other ways of communicating and an education is no longer the preserve of those that can read or write (there are plenty of well educated blind and handicapped people in the world today). We have sophisticated  audio, visual and tactile mediums that are used to communicate or deliver an education all of which DO NOT rely on ones ability to read or write.

The point is you can still learn and become ‘educated’ without an exclusive reliance on the ability to read or write.