Tattoos, you either love them or hate them  – and no more so than in Australia. 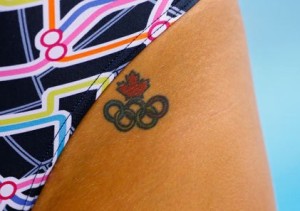 As a nation, Australia has more tattoos per head of population than any other 1st world Western civilisation and it shows. No matter where you are or what social circles you in, chances are somebody right next to you has a tattoo. Sure it may only be a small teeny weeny little ankle tattoo or a set of Olympic rings hidden under their knickers, but it’s still a tattoo.

But why the love of tattoos, Australia?

Is it a ‘left over’ from the ‘convict’ days of our early settlers, or our proximity to the Pacific island states, a misguided fashion statement or a fad,  or is it something more sinister like links to the drug underworld? Well, you can argue each one of these points and be right but still that doesn’t answer why are we a nation of tattoos. Seems everyone’s got one!

The common thread in all of these is the ‘sense of belonging’.

Early sailors would scribe the names of their loved ones on their arms as a constant reminder while on long sea voyages away from home. Small island communities would use tattoos to strengthen tribal bonds and allegiances. Fashion as we all know is about following another in the vain hope of being like the other. And the drug underworld is just a modern take on the former.

Everyone’s banging on about ‘Multicultural Australia’ and perhaps that’s just it. We have diluted our nation to such an extent that people no longer feel or want to feel a sense of belonging to Australia because Australia alone no longer ‘defines who they are’. So they turn to the humble tattoo and in doing so ‘turn to a new Australia’.

Next time you’re out and about, take a look around you and see if you can draw any parallels between tattoo wearing individuals and a new Australian pride – bet you can!