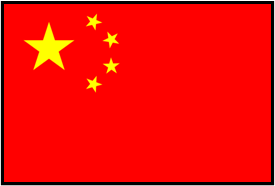 “What a load of rubbish” you may say… “They’re over there and I’m over here, how can they possibly have any influence over me?”

The PRC exports everything to everybody, there’s not a country on earth that doesn’t buy something from China. There are things we used to make ourselves but China makes them quicker and cheaper so in a free market economy (as most of the world is)… we all end up buying from China. So straight off the bat ‘… they’re taking all our jobs…’ and this obviously DIRECTLY affects you and me.

But that’s only the tip of the iceberg. Thanks to the Chinese, the whole concept of ‘cheaper and faster‘ is becoming the norm!

Take a look at the airlines and the Low Cost Carriers (LCC’s) versus the traditional National Carriers. Once upon a time we all flew with the National Carriers but along came the LCC’s with their budget fares and no frills approach. It wasn’t long before the big giants had to bow to the economic pressures caused by the LCC’s and now we can hardly tell the difference between the two segments. In essence, the National Carriers had to make their services cheaper and with less frills to stay competitive.

Obviously I’m not saying the Chinese are to blame for the decline in service offered by National Carriers BUT what I am saying is the model is the same.

Take Power Tools for example – nowadays you cannot buy a good branded power tool and expect it to last. Thanks to the PRC, power tools are cheap and disposable. Washing machines, TV’s… and the list goes on.

In fact across the board, where once we associated value with longevity and were prepared to pay extra to get a product that would last, we have substituted value with ease of disposal.

In our ever insatiable demand for ‘cheaper and faster‘ we are directly supporting the PRC and in turn they, by for-fulling our needs and supplying the goods are directly influencing the way we think and behave. China is changing the way you and I think!